Yesterday, the new plant was inaugurated at Nykvarn's Sewage Treatment Plant in Linköping, which will take care of drug residues. Malmberg, together with Ozonia (Suez), have been responsible for the process and made the installations.

Anna Lövsén, Business Area Manager for Sewage Treatment at Linköping Tekniska Verken, started the day to thank everyone who participated in the project, Anders Johansson, CEO of Tekniska Verken, stated that, here, all technical requirements to make a difference to the environment have been fulfilled and has also added the region´s environmental work on the map by being the first full-scale drug residue water treatment in Sweden.

Swedish Minister of Environment, Karolina Skog, praised the initiative and the new plant. She also broke the news that there will be a knowledge center somewhere in Sweden about the effects of drug residues on the environment. The Center will disseminate knowledge and collect research results. Then she grabbed the scissors and cut the band to the new drug residue treatment plant.

Malmberg is proud to be part of this development in water treatment technology and thanks Tekniska Verken in Linköping for a fine project.

Prior to publication, it must be approved by Malmberg. 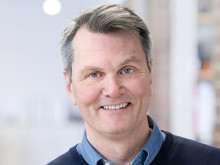